“Valve-in-valve TAVI and paravalvular leak closure: who should we hit first?” 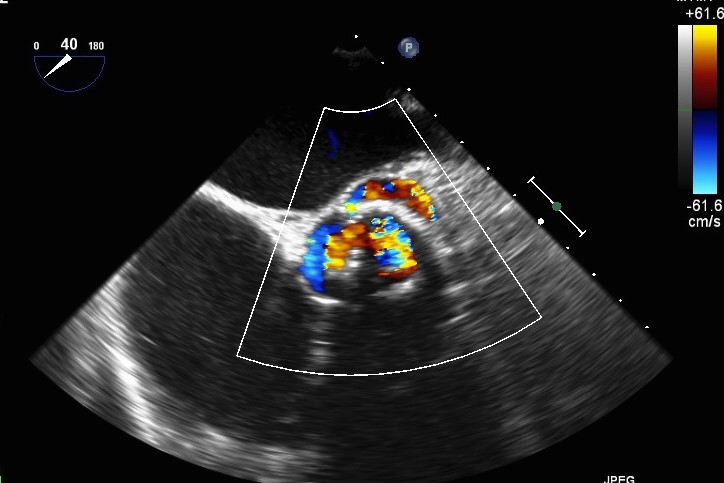 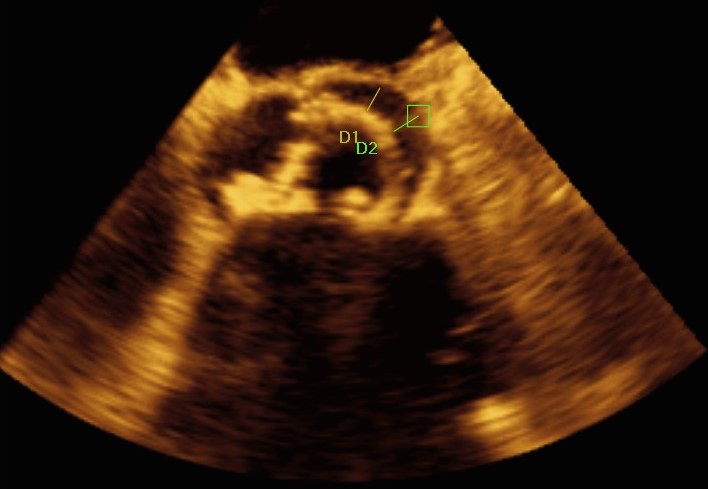 After creating an artero-venous loop between a transeptal and an arterial system, two vascular plugs (AVP III 10×5 and AVP III 8×4 ) were positioned and released, with their final position checked at TEE. 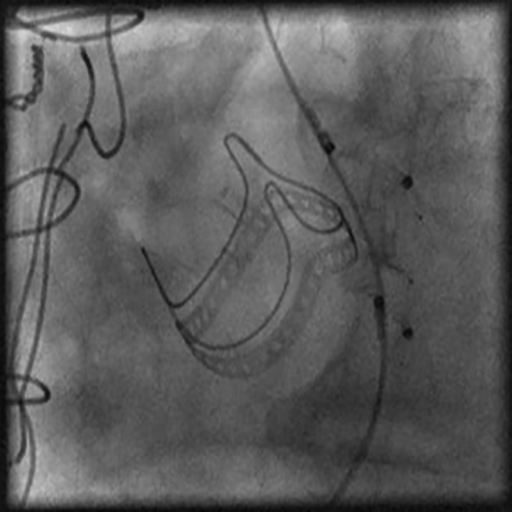 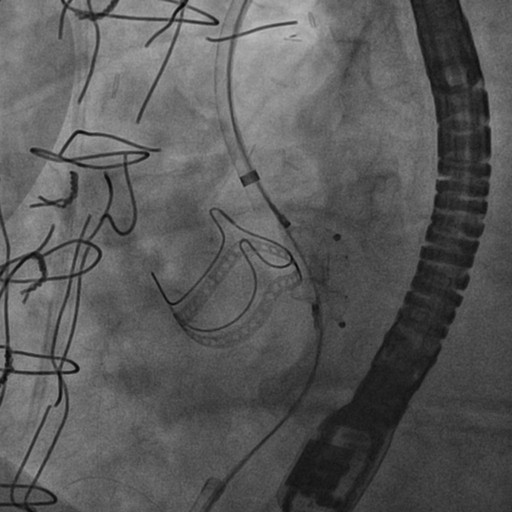 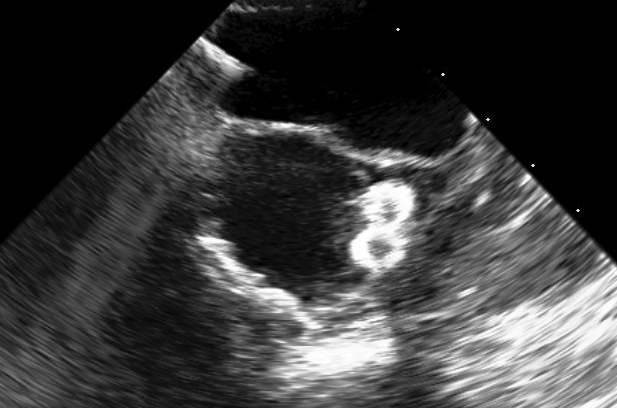 After one month, valve-in-valve TAVI using a Lotus 23 mm valve was performed. The use of a fully repositionable device was helpful to check final gradients before final valve release and obtain the best final position. 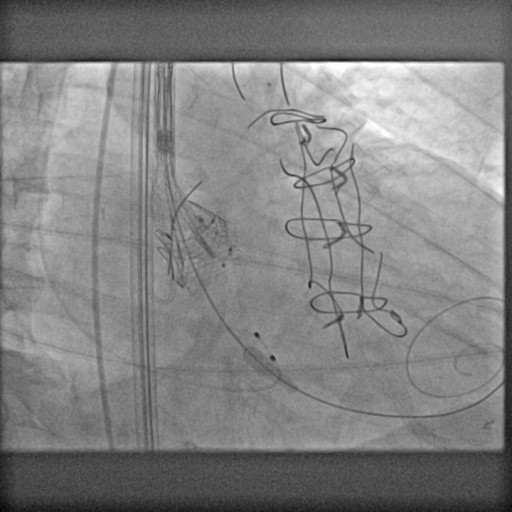 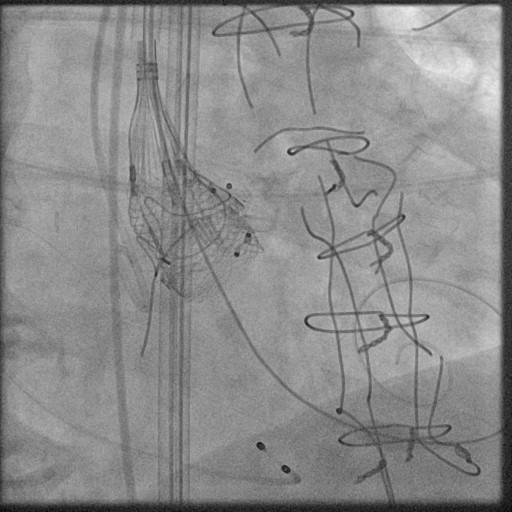 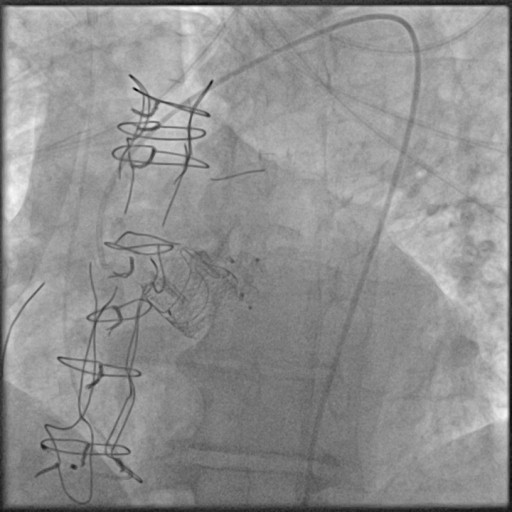 Final result showing the absence of any intra-prosthetic or paravalvular regurgitation. Final gradient was 15 mmHg. The patient recently completed 2-year follow-up: he is still asymptomatic with persistently good result at transthoracic echo.

We love to share our experience!
Ask a question