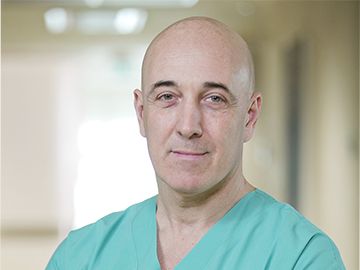 Fausto Castriota graduated in 1988 from the University of Milano in Italy. He continued his post-graduate training in Bologna University where he obtained residency in cardiology in 1992 and radiology in 1996. From 1995 to 1996 he was a Fellow of the Arizona Heart Insitute under the supervision of Prof. Diethrich. From 1997 to 2009 Fausto Castriota was Co-Director of the Interventional Cardiovascular Unit of Maria Cecilia Hospital (GVM Care & Research, Cotignola, Italy). In 2009 he was appointed as Director of the Cardiovascular Department of Città di Lecce Hospital (GVM Group, Lecce). In 2013 he was nominated Chairman of all Interventional Cardiovascular Units of GVM group. He kept this role until january 2018, when he was appointed as Director of the Interventional Cardiovascular Unit of Maria Cecilia Hospital. In the last 20 years his interventional and research interest has been mainly oriented to the multilevel disease endovascular approach, with a strong interest in training and teaching high-level skills in carotid, aortic and peripheral procedures. During the last years he gained a worldwide recognised experience in structural interventions and he became Proctor for TAVI and Mitraclip procedures. He is member of PCR main board and PCR London Valve organising committee.